Get Started with Rally
Schedule a demo
October 14, 2022
Share it!

The Status Quo in Ecommerce is Broken

In the first post of this series, we explored the roots of the Rally story and identified the platform problem in ecommerce. We talked about how centralization harms innovation, and why we think it’s time for a new way to build for the ecommerce ecosystem.

In this post, we’ll take a closer look at how the platform status quo harms the very communities these platforms are meant to serve: merchants and the developers that build for them.

The problem for merchants: Forced accommodation

Over the last decade, centralized platforms have done a great job at bundling the tech stack for online commerce. They offer merchants a relatively straightforward way to sign up, get set up, and start selling products online.

This attracted millions of online merchants and empowered countless entrepreneurs to launch brands and ecommerce companies. Credit should be given where it’s due.

As the userbases of these platforms grow, their needs diversify. It becomes increasingly difficult for a single, monolithic platform to satisfy the needs of such a wide range of merchants.

So, the platform does the only thing it can: it regresses to the mean. It builds its solution around the bulk middle. The result is an ecosystem that is okay for all -- but great for none.

The tech exists for merchants to do what they need to: they can process payments and track inventory and update their storefront. But their options are limited. From which subscription apps they can use, to which payment processors are available, to which frontend technologies are enabled, the platform is intentionally designed to impose limits on merchants in order to protect the platform’s underlying business model.

The result: Merchants are forced to adapt their strategy and business models to the needs of the platform, instead of the other way around.

The problem for developers: Bait and switch

For app developers, there is a slightly different, but equally destructive, experience.

The very existence of third-party party app stores is an admission by platforms that they themselves can’t possibly build for all the needs of merchants.

So, the platform outsources the extension of its capabilities to third-party apps. It strikes a bargain with app developers that allows them to tap into economic opportunity in the form of business with the merchants that use the platform. In exchange, the platform is able to satisfy more merchants without building everything themselves.

But, much like with merchants, the relationship between the platform and third-party apps becomes strained as the platform’s power over their app ecosystem grows. The advantage of concentrated distribution comes at a steep cost.

As app developers are hitching their business to a larger platform -- they’re also agreeing to play by that platform’s rules. Rules that are not written in their favor. Let’s use billing as one example: Some platforms go so far as to force apps to integrate with the platform’s billing system. This creates a scenario where the app developer is unable to maintain a billing relationship with its own customers. Instead, the platform bills the app’s customers directly, keeps the revenue-share owed to the platform, and then distributes payments to the app developer.

Not only are app developers treated as a source of revenue by the platform; this also means that the app’s revenue, its lifeblood, is wholly controlled by the platform.

The advantage of concentrated distribution comes at a steep cost.

In addition to this complicated business model relationship, there is a hidden, unseen cost throughout the ecosystem in the form of lost potential innovation due to fear of retaliation. If an app’s livelihood is wholly controlled by the platform, every major business decision must run through the filter of  “what will the platform think?”

There are a countless number of brilliant, creative teams building apps that live this reality every day.

This drag on innovation obviously hurts the app developers’ businesses. But it also trickles down to impacting merchants by keeping new, creative solutions from reaching their hands.

The status quo is great for platforms, who get to write the rules of engagement; less great for the merchants and developers that have to play by those rules.

It’s time for a change.

Thanks to the headless ecommerce movement and emerging innovations in crypto and Web3, there’s a new viable path forward.

The checkout has historically been used by platforms to coerce and control.

In contrast, at Rally we are building a checkout that takes ecommerce in a new direction. Towards community ownership and cooperation.

In part 3 of this series, we’ll get into more detail about our product and our ultimate vision for what an open checkout can do for the industry.

If you’re an app developer or partner and want to work together, get in touch.

And if you want to join us on the journey, sign up for our newsletter. 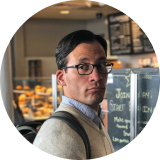 Stay in the loop with Rally!

Sign up to be in the know with what's new in ecommerce and with Rally's products and services.

Get the one-click checkout with post-purchase offers

Build your way on traditional or headless
Get Started with Rally

About us
About us
Blog
Careers

Made with  in Portland, OR